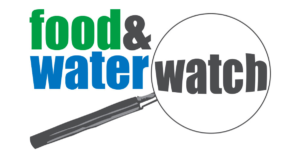 To any list of “what makes life worth living,” we recently opined that clean food, clean air and clean water must be included. Food & Water Watch, a national advocacy organization that works to build “a just, healthy and sustainable world,” in its most recent quarterly newsletter, noted that the U.S. Environmental Protection Agency (EPA) in December 2016 released the final report on the impact of fracking on our drinking water and that fracking can and does cause drinking water contamination.

Food & Water Watch made a special effort to ensure that the EPA, in preparing its report, heard from residents of Dimock, Pennsylvania; Pavillion, Wyoming; and Parker County, Texas whose water supply was made unusable by fracking. The organization is now campaigning to work locally and state-by-state to ban fracking throughout the United States, with special focus on Maryland and Florida. In early April, Maryland Governor Larry Hogan (R) signed a bill establishing a ban on hydraulic fracturing in the state.

The states of New York, Vermont and Maryland now ban fracking within their borders. And momentum is building in California to ban fracking statewide with Monterey County in November becoming the sixth California county to impose a ban on fracking. Food & Water Watch has been working in communities across the country and to date, over 500 communities (cities, towns, villages and counties) have adopted resolutions banning fracking or practices associated with fracking within their borders.

Marilyn vos Savant’s weekly column Ask Marilyn  in Parade Magazine often draws this reader’s attention. She recently responded to a puzzled questioner who wanted to know why the supply of water is dwindling when “there’s nowhere but planet Earth (including the atmosphere) for the water to go.”

Vos Savant’s succinct response provides important context for the concern of many, including supporters of the Food & Water Water’s campaign to ban fracking, for why the safety of our nation’s (and planet’s) water supply must be a priority.

Yes, the amount of water on Earth is constant. But only 2.5 percent of it is freshwater.  Of that freshwater, only a tiny fraction is readily available. Almost all of it is frozen or in the ground. Rivers, an extremely important source of water for humans, contain barely .0002 per-cent of Earth’s freshwater. So as the population explodes, human use of water expands, and pollution reduces the already limited amount available, the remaining volume of freshwater accessible to supply the demand grows smaller.

And there can be no denying that our world’s population has increased dramatically. As noted by David Montgomery in his history of world agriculture, Dirt, the Erosion of Civilization, the planet’s population has grown from 4 million when the glaciers melted in 20,000 BC, to 200 million during the time of Jesus, to the current world population of 7.5 billion.

Protecting the United State’s fresh water supply must remain a priority even in the face of the dismantling of environmental protections by the current short-sighted administrators of the EPA who seem focused much more on the profits of the fossil fuel industry than protecting the environment. We cannot take for granted a drinkable glass of water with our next meal.