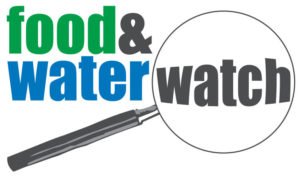 Pending mega-mergers between (1) Monsanto-Bayer, (2) Dow-DuPont & (3) Syngenta-ChemChina represent “shocking consolidation in the biotech seed and agrochemical industry” in the words of Wenonah Hauter, the Executive Director of the Food and Water Watch. Along with eight other groups (Sierra Club, SumofUs, Pesticide Action Network, Friends of the Earth, Center for Food Safety, Organic Seed Alliance, Rural Advancement Foundation International and Clif Bar Family Foundation/Seed Matters, Food and Water Watch has submitted petitions signed by 708,000 people urging the U.S. Department of Justice and elected officials to block these mergers which would further consolidate the market for seed and agricultural chemicals.

In the words of Alexander Rony of the Sierra Club, the Monsanto-Bayer merger would result in one corporation controlling “both the seed and pesticide markets- it’s the fox guarding the hen house.”  Andrew Kimbrell, Executive Director of Center for Food Safety sums up the danger: “The continuing consolidation of seed and pesticide companies essentially creates a monopoly of toxicity in control of the world’s seed market and food supply.”

A hearing has been held before the U.S. Senate Judiciary Committee on the Consolidation and Competition in the U.S. Seed and Agrochemical Industry. Five of the nine witnesses who testified before the Committee are representatives of these mega corporations seeking further consolidation of the market for seeds and agricultural chemicals: James C. Collins, Jr., Executive Vice President, Agriculture Division of DuPont; Tim Hassinger, President and CEO of Dow Agro Sciences, Erik Fyrwald of Syngenta International, Jim Blome, President & CEO of  of Bayer CropScience North America, Robb Fraley, Executive Vice President and Chief Technology Officer of Monsanto.

(Frank W. Barrie 9/20/16, post updated on 9/21/16 with testimony downloadable from the U.S. Senate Judiciary Committee’s website by clicking on the link)