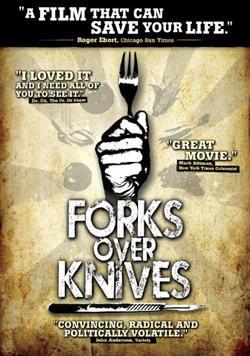 Michael Pollan in his Food Rules, answers one of the basic questions of life, “What should I eat?” with seven words: “Eat food. Not too much. Mostly plants.”  Pollan’s advice to “eat food” is rooted in his rejection of “processed food” or “edible food-like substances” which are heavily marketed by corporate agri-businesses.  By “eat food,” Pollan means whole-food or unprocessed food.  I follow this advice, and when shopping for food to augment my CSA share from Roxbury Farm (in Kinderhook, NY) at my local food co-op in Albany, NY (the Honest Weight Food Co-op), the produce and bulk food aisles are my main destination.  But I also fill my cart with an occasional chunk of local goat cheese, yogurt, and kefir, and Pollan’s Food Rule 26 (to treat meat as a flavoring or special occasion food) has also been a guideline.  A Thanksgiving turkey from a local farm, a pound of grass-fed local hamburger meat (used in a Bolognese pasta sauce), a chicken, or a piece of wild-caught fish are also an occasional purchase.

At the start of Forks Over Knives, Lee Fulkerson, the writer/director of this consequential film, is on his way to visit Los Angeles-based Transition to Health physicians, Mathew Lederman and Alona Pulde (who utilize a plant-based, whole-food diet to treat patients and have authored  “Keep It Simple, Keep It Whole: Your Guide to Optimum Health).”   Fulkerson has just consumed a liquid (and highly caffeinated) breakfast of two cans of Red Bull, and a bottle and a half of Coca Cola.  He seems an unlikely person to make a documentary film that goes one step further than Mr. Pollan to advocate for a 100% plant-based diet which rejects the consumption of all meat and dairy products.  But his perspective as an ordinary American consumer, who doesn’t garden and hasn’t yet discovered the farmers market or a CSA farm as a way to source his food, lends Forks Over Knives a special appeal for a wider audience.   Writer/Director Fulkerson is not a pastor preaching to his choir.

Forks Over Knives wisely focuses on the extraordinary work of two inspirational men, Dr. Colin Campbell (a nutritional biochemist who spent most of his professional career at Cornell University) and Dr. Caldwell Esselstyn (trained as a surgeon at the famed Cleveland Clinic and St. George’s Hospital in London).  Dr. Campbell, the founder of the T. Colin Campbell Center for Nutrition Studies, which in collaboration with eCornell offers a certificate program in Plant Based Nutrition, and Dr. Esselstyn, the author of Prevent and Reverse Heart Disease, are strong and persuasive advocates for the treatment of heart disease and cancer by the avoidance of all animal-based (including dairy, meat and eggs) and processed foods.  Their paths crossed in 1990 when Dr. Esselstyn came across a Jane Brody  article in the New York Times, “Huge Study of Diet Indicts Fat and Meat,” which described the results of a multi-year scientific study conducted by Dr. Campbell and Dr. Junshi Chen in China during the 1980s.

The China Study (still in print) involved 350 trained workers who surveyed 6,500 Chinese people concerning their diet and life-styles in locations from the semitropical south to the cold, arid north.  Urine and blood samples were taken from the individuals surveyed.   The information was analyzed over a seven year period, and 94,000 correlations were found between diet and disease, with 8,000 to 9,000 statistically significant.  367 facts about eating and other habits are rooted in data filling a volume of 920 pages, which was published by Cornell University Press.

This labor-intensive study (initially financed by the National Cancer Institute), probably could not have been done anywhere but China for the cogent reasons noted by health reporter Jane Brody:
“Nowhere else is there a genetically similar population with such great regional differences in disease rates, dietary habits and environmental exposures. For example, cancer rates can vary by a factor of several hundred from one region of China to another. These large regional variations in China highlight biologically important relationships between diet and disease.
And nowhere else could researchers afford to hire hundreds of trained workers to collect blood and urine samples and spend three days in each household gathering exact information on what and how much people eat, then analyzing the food samples for nutrient content.”

Dr. Campbell in Forks Over Knives conveys concisely the main message of his China study (called the “Grand Prix of epidemiology” by reporter Brody):  a whole-foods, plant-based diet (vegetables, fruits, cereal grains, legumes and little animal fat) is always associated with lower mortality from certain cancers, stroke and coronary heart disease.  Other especially notable conclusions from the study: (1) obesity is related more to what people eat than how much; (2) eating a lot of animal protein is linked to chronic disease, with Chinese who eat the most animal protein having the highest rates of heart disease, cancer and diabetes; and (3) dairy calcium is not needed to prevent osteoporosis, with vegetables providing an excellent source of calcium to avoid osteoporosis.  Moreover, the too little emphasized fact that “Plants Have Protein” is hit home, over and over, by Forks Over Knives.  With the recent report by New York Times reporter, Mike Ives, that McDonald’s has just opened its first fast-food restaurant in Vietnam, Dr. Campbell’s China Study takes on added significance.

The other health study at the center of the film is on a much smaller and human scale.  Dr. Esselstyn’s clinical study closely tracked his treatment of 24 patients with chronic coronary disease (albeit 6 dropped out of his study in the first year).  Of the remaining 18 patients, at the end of the study, four had reversals of their disease and eleven had halted the progression of their disease.  Dr. Esselstyn saw each patient every two weeks over a period of five years and closely tracked their diets.  Today, twenty years later, 14 of Dr. Esselstyn’s patients in his original study are still alive, and two share their success stories in Forks Over Knives with deep appreciation for the care provided by their “Dr. Sprouts.”  If only more doctors would appreciate that “heart disease is a toothless, paper tiger that does not need to exist” in Dr. Campbell’s words, the U.S. health care system, that sees the performance of 500,000 heart bypass surgeries each year, at a cost of $100,000 per procedure for a staggering total annual cost of $50 billion dollars, could save big dollars.

Forks Over Knives does not fail to indict corporate agri-businesses producing “unnaturally dense food,”  with artificially increased caloric content that creates a “pleasure trap” by hijacking an individual’s “pleasure circuits.”   It also shines a light on the much too-close relationships between the USDA and corporate agri-businesses.  In setting dietary guidelines, Dr. Neal Barnard, the founder of the Physicians Committee for Responsible Medicine, points out that the USDA defends and protects the meat industry.  This point is echoed by David Robinson Simon in his recently published Meatonomics (Conari Press, San Francisco, CA 2013).  Eliza Aierstuck, a contributor to this website, was struck by Simon’s critique of the $30.8 billion the USDA will spend in 2013 supporting US farmers with loans, insurance, research, marketing assistance, cheap water, and other help:
“This figure is staggering when one takes into account which crops are overwhelmingly subsidized and which are given almost nothing. ‘Nearly two-thirds of government farming support goes to the animal foods that the government suggests we limit, while less than 2 percent goes to the fruits and vegetable it recommends we eat more of’ (p.79, Meatonomics).”

Forks Over Knives also touches briefly on the environmental consequences of an animal-based diet, which is highlighted in David Robinson Simon’s Meatonomics.  Simon incisively sums up the matter: “It takes up to one hundred times more water, eleven times more fossil fuels, and five times more land to produce animal protein than equal amounts of plant protein” (p. 131, Meatonomics).  The images in the film of the ice shelves losing mass by iceberg calving, due to climate change, hammer home the point.

Still, the main focus of the must-see Forks over Knives is on the stories of the individuals who have succeeded in reversing their chronic illnesses by adopting a whole-foods, plant-based diet.  As Pam Popper (a naturopath and director of The Wellness Forum) points out, the most important message behind a whole-food plant-based diet is a very positive one.  Our genetics do not ordain ill-health and individuals can take steps to reverse chronic diseases.

The viewer shares the delight of writer/director Lee Fulkerson at the end of the film, when Dr. Mathew Lederman conveys the good news of his improved test results three months after he started his whole-food, plant-based diet.  The camera catches Mr. Fulkerson’s amazed reaction to his personal results which overwhelmingly support his film’s message:  weight, 231 pounds to 211 pounds; blood pressure, 142/82 to 112/70; resting pulse, 92 to 60; total cholesterol, 241 to 154; LDL, 157 to 80; CRP (marker of inflammation), 6.0 to 2.8.  Similar improvements are seen by two other individuals closely followed by the camera over a similarly short time span.  A personable and hard-working mother of five, struggling with obesity and diabetes (who in a poignant moment resists the temptation of a meatball submarine sandwich), and a family man, who succeeds in getting off his 8 or 9 medications for some two dozen health problems, both share the gift of improved vigor and health from sticking to a whole-food, plant-based diet and a routine of daily exercise over a period of merely 20 weeks and 22 weeks, respectively.  Kudos to Lee Fulkerson on his accomplishment: not only his improved health but also this important film.