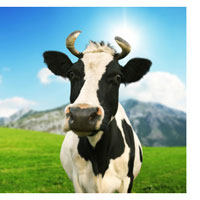 The U.S. Department of Agriculture (Department) has amended the National Organic Program (NOP) regulations to clarify the use of pasture in raising organic ruminants including dairy cows.  After receiving over 26,000 comments from producers, retailers, consumers, organic associations, animal welfare organizations and others, the Department’s rule, which goes into effect on June 17, 2010, requires that animals must graze on pasture for the full length of the local grazing season.  The grazing season will not be determined by the dairy alone, but to ensure compliance, will have oversight by agriculture authorities, like county conservation officials and organic certifiers.

(1) Animals must graze pasture during the grazing season, which must be at least 120 days per year;

(2) Animals must obtain a minimum of 30% dry matter intake from grazing pasture during the grazing season;

(3) Operations, already certified organic, will have 1 year to comply.

According to an article in the New York Times (“New Pasture Rules Issued for Organic Dairy Producers,” William Neuman, February 12, 2010), Aurora Organic Dairy, based in Colorado, “has been the focus of much criticism in recent years for how it pastures its animals .”  In 2008, data of the Department shows 2,031 organic dairies in the U.S., with an average of 108 cows, although many had far fewer.  In contrast, Aurora Organic Dairy has 15,000 cows on five farms in Colorado and Texas, with a total of 4,400 acres of pasture.

This new standard, which in effect provides substantive meaning for the term “organic,” should please the writer, Michael Pollan.  In his wake-up call to American consumers concerned about their food, The Omnivore’s Dilemma (New York, The Penguin Press, 2006), Pollan noted that “the USDA was actively hostile to organic agriculture until recently, viewing it- quite rightly-as a critique of the industrialized agriculture the USDA was promoting” (The Omnivore Dilemma at page 145).  This new rule supports a conclusion that the Obama White House indeed has affected some positive change at the USDA.

Copies of the final rule and additional information concerning the National Organic Program, managed by the USDA, are on display at www.ams.usda.gov/NOP.